I have been helping to train fighters for years.  I owned a gym and had a stable of fighters who fought for our fight team in both MMA, Muay Thai and Grappling which has 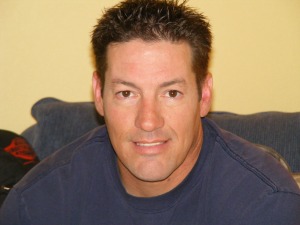 helped me to develop this curriculum.  I realize that I am not or never will be a UFC World Champion but most of the best coaches and trainers have never fought in the UFC or even a mixed martial arts fight.  What makes a great coach is knowledge of the sport, passion and a desire to pass on that knowledge.  I am a student of the game.  In addition to extensive Diet (Paleo Nutrition) and Exercise (CrossFit and Power Lifting) studies and seminars, I have spent thousands of hours studying MMA, BJJ, Grappling, Boxing, Karate, and Muay Thai training methods and fights in person, television, DVD, YouTube, Instructional DVD’s, Downloads and extensive reading.  I have talked with some of the best fighters from around the world (see PICTURES) and have attended many of the best seminars.  Needless to say, I have spent thousands of hours and thousands of dollars on my pursuit to put together the absolute best MMA curriculum in the world!  In addition to studying MMA I have also become an expert and do seminars (http://www.howtokillwithyourhands.com) in REAL Self Defense and how to destroy the human machine.  I have used this extra knowledge and expertise to add a unique twist on how to destroy an opponent in the sport of MMA (“Plays” and “Targets”).  In the end, all that matters are results.  If you can learn a few great techniques and strategies that help you get to the next level of your training or fight career, then I have done my job!  Anyways it’s FREE!  So don’t complain!